Connect Four was invented by Howard Wexler in 1973. He wanted to create a game that had a vertical game board in contrast to the typical tabletop board style. As he wasn't a mathematician, he worried a lot about the game falling into stalemate often, but that turned out to not be the case. You can read an interview of him by Fordham News here:

This paper dives into many human strategies that can be carried out in your next game of Connect Four. Our project is more focused on algorithm-developed game strategies, but you might find these fascinating!

This Numberphile video touches on the many possibilities in a game of Connect Four and explores how the first player can always win if they play perfectly. 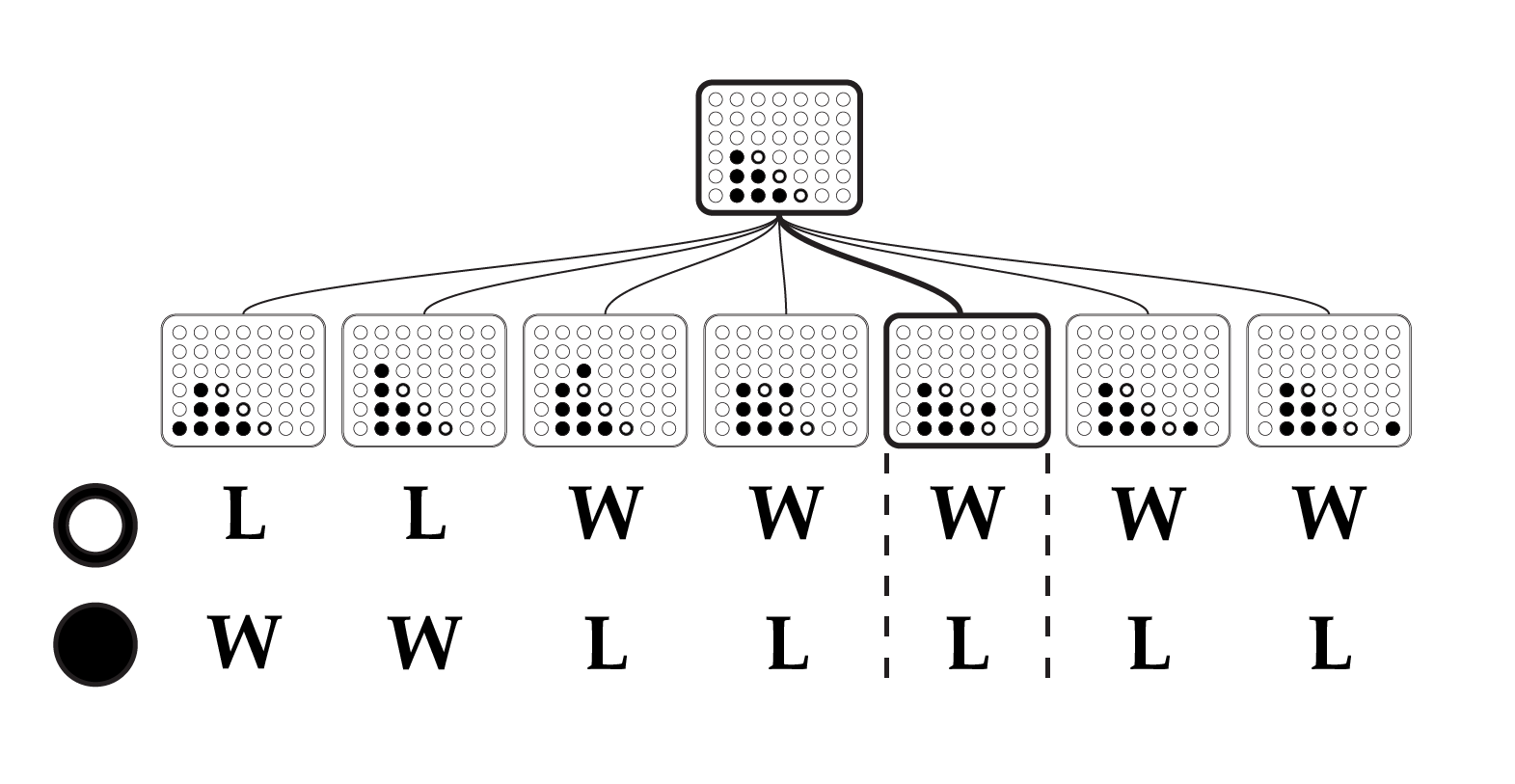 There are a few ways for one player to win, and also several ways for the other player to optimally win in the very next move.